As the morning went on other boaters had departed and the Staithe began to empty, what is rather odd is how tidal the river Chet is, and now being high water the stern of Belmore was well above the quay making it possible to simple ‘walk off’ an almost level platform.  Time for a top up of water and a walk into the village.

I popped into the small store and got some bits and had a wander and wondered what a place this may have been in the late 70’s and 80’s when of course there was a lot more boatyard’s here trading - but these days it seems to be smart homes and moorings, but if you wish to begin a holiday from this quiet and beautiful location Maffets and Princess Cruisers are two very nice yards to consider.

I had a late breakfast and before long it was time to plan my day – I knew I had to go over Breydon, but where should I be headed? I ‘pencilled in’ Acle and thought it would be nice if I was able to pop into the Bridge Inn – now here is an honest point for you, I am only now …
Post a comment
Read more

Sometimes you get in a muddle with times and distances – well I do anyway.  I arrived in Norwich a bit later than I had planned, spent longer looking around and shopping and got into a terrible panic that I would not be able to make it to Loddon before sunset.
However it is the journey that counts and it was a truly amazing April day – deep blue skies, not a cloud in sight and lovely and warm it also happened to be one of those days where I talked – a lot.
In many ways this, to me is what the Blog really is all about cruising, talking and sharing it all as if a couple of thousand people are along with me in the boat. While some might concentrate on the pretty, and make a story narrated after the event, I really like the ‘as it happens’ aspect of the Captain’s Blog and so I began to talk about boatyards having only the evening before learnt that Royalls would be shutting up in 2017.
From my point of view the journey towards Reedham really went very well, to begin I had an ebbing tide …
Post a comment
Read more 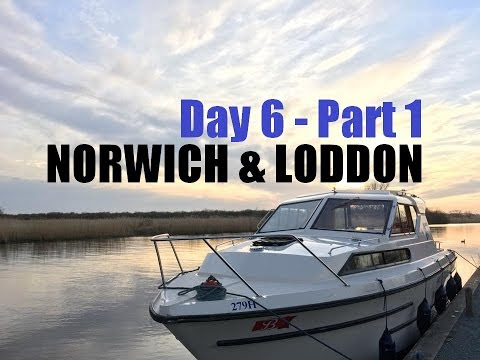 And so after some time we are ‘back on course’ and the Captains Blog continues, now onto the sixth day.  What you don’t see in the Blog is the fact I woke up at about 5:30am at a very odd angle, and knew exactly what the problem was as I lay in my berth looking up at the cabin roof – we are stuck on the bank as the tide fell beneath the boat’.

I dreaded this happening, in fact I even removed a fender from the boat, tied the end to the ring of a Rhonde Anchor and thus secured the fender between the quay heading and the boat to ensure the side of the boat would stay away from the heading as the tide dropped.

I got out of my berth, and the first thing was a trip to the loo – this is on the starboard side of the boat and here comes a bonus of being a ‘large lad’ for clearly the boat was only on the quay by a whisker resting on the lower rubbing strake – a light boat and a heavy Rascal meant it ‘gave way’ and slipped off – rather a spectacular thing to happen when you’re in the smallest …
Post a comment
Read more 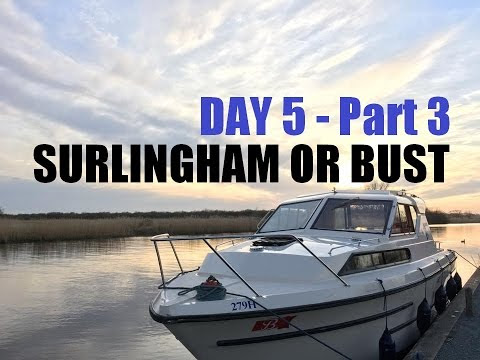 We finish off the fifth day as we arrive at Surlingham - finally.
Post a comment
Read more 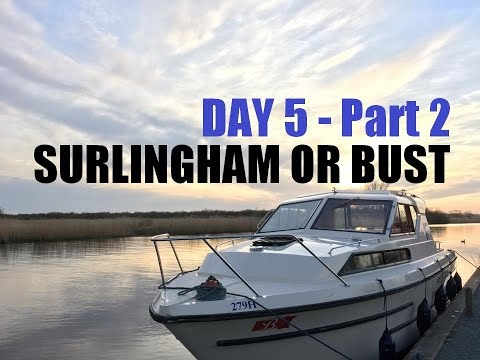 So on with part two of the fifth day as I continue the cruise from Oulton Broad to the Ferry House at Surlingham.
Now, if you were a teenager in the 1990's there is some music you will recognise - rather iconic in the club scene of the day, but for those older folks watching you will likely want to hit the mute button lol.  Whatever your taste in music, I was treated to some amazing weather - bright sunshine, blue skies and big fluffy white clouds hanging over the beautiful riverscape that the Yare provides.
It is days like this when you are cruising along that time really means so little, and the miles ebb away and new delights are to be seen and in about half an hour of cruising I had passed just one boat - how very different these rivers are to the northern ones.
The sugar beet factory at Cantley grew ever closer, and I have to say I rather like it - a 'cathedral' of industry and full of stuff that at this time of year is quiet and you wonder what does this pipe do or…
Post a comment
Read more 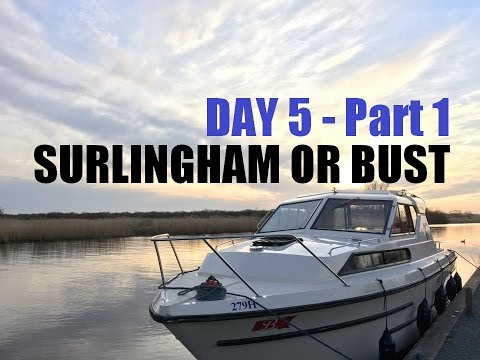 It began early, before 6:00am when I got up to move the boat from the Yacht Station up to Oulton Dyke - the reason mainly as since the office was closed on arrival the evening before, I wanted to 'escape' before anyone opened up for the day and charged me for my evenings mooring.  The bonus was a lovely still morning over the Broad as I set sail - thinking I was capturing this all on camera, I found when I brought it back in from the roof it had captured about 3 minutes and died - I really should charge things the evening before!

I arrived at Oulton Dyke and decided to opt for the pontoon mooring and came in nice and quiet to avoid disturbing those moored along the bank and clearly still in their berths sleeping. Tied up it was time to get back in my own berth and do something rather rare - have a lay in - which I felt ok with since the long journey I had undertaken the day before from Wroxham without stopping.

Now close on 11:00am I was refreshed and ready for a new day - bu…
Post a comment
Read more 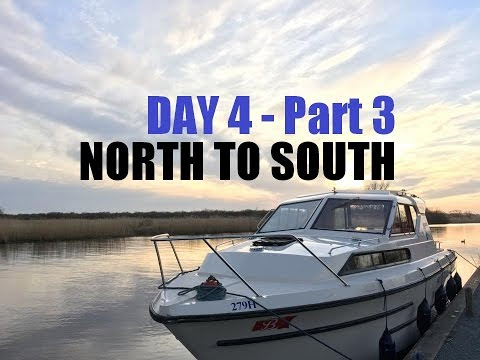 The wait for the next installment is over - and day 4 is brought to a close (finally some will cry).  In this episode I decide not to takje the River Yare, and instead gamble on there being enough air draft at St. Olaves for the boat - thus take the quicker route of the River Waveney.
I think the journey from Breydon Water and up towards Somerleyton is not exactly what you can call pretty.  The Fisherman's Inn pub for example sat at an angle at Burgh Castle would not win any award for a quant riverside pub, and just along the way Goodchild Marine again festooned with 'private' signs and commercial activities might make the average holiday maker wonder if they did the right thing leaving the pretty northern rivers behind and heading for Beccles or Oulton Broad.
This section of the Waveney really is rather like the lower Bure towards Acle - wide, reed lined banks but then you approach St. Olaves and it feels a bit strange - as if a Potter Heigham 'chalet village' …
Post a comment
Read more
More posts